We know a lot about engines. For the past 55 years everything at Bücker + Essing has been geared toward the repair of combustion engines. Experience gained from thousands of repaired engines flows into each new overhaul project. In this way we continue to develop and adapt to new technologies and market trends. Click through the milestones of our company history and find out how Bücker + Essing developed from a 3-man operation into a medium-sized industrial company.

During the ‘Economic Miracle’ era the number of cars on German roads grew, as did the need for specialists who could repair engines. Josef Bücker and Hermann Essing recognise the huge market potential: On 1st November, when the Beetle with the production number 5.744.867 left the production line in Wolfsburg, they form the engine repair plant Bücker + Essing. These two young businessmen and one employee started with used machines in a small workshop in Lingen. Sometimes, they end up working well into the night on the orders they acquire during the day. As the business flourishes they move into large premises in the Old Port in Lingen.

After commissioning the first engine test stand, the company began specialising in the repair of diesel engines for lorries and commercial vehicles, starting with the brands Deutz and Mercedes. 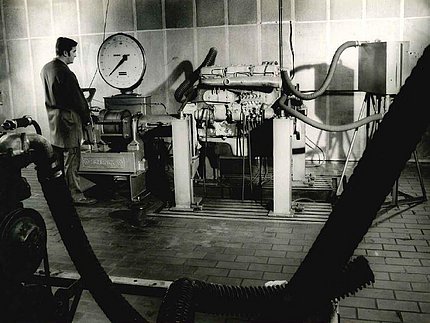 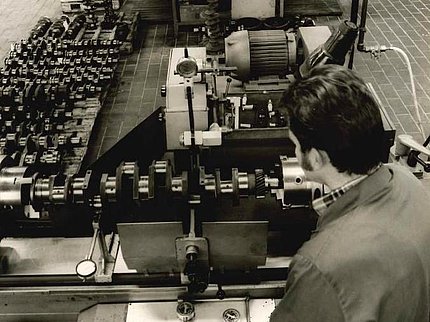 The full order books, a growing machine pool and an increase in the size of the workforce means that more space is needed: Bücker + Essing builds a new company plant with a large production hall and administration offices in the Friedrich-Ebert-Straße in Lingen. 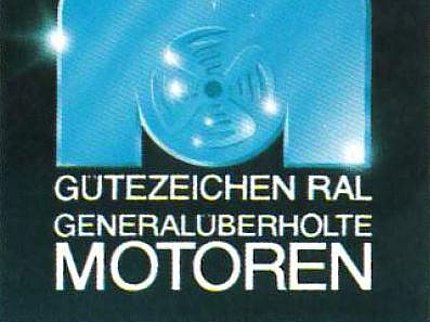 The company owners are committed to promoting quality standards in the industry right from the beginning. In 1977 Bücker + Essing is one of the initiators of the quality seal for generally overhauled engines (today RAL-GZ 797) and becomes a member of the quality society for engine repair companies. 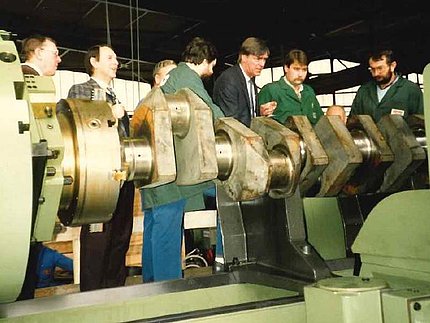 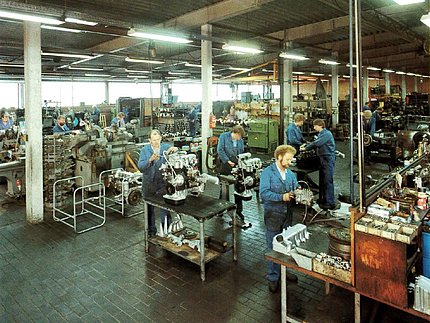 Bücker + Essing starts developing the turbocharger division: The company wins distribution contracts with reputed turbocharger-manufacturers and also enters the turbocharger repair sector later. Both areas are merged into a separate independent company that is also part of the current SERCOO Group.

Bücker + Essing starts repairing gas engines for the energy sector in the 1980s. In addition to individual repairs, the company starts to offer maintenance packages. In 1991 the company becomes a contract partner to Perkins gas engines, later also for Jenbacher and MWM. 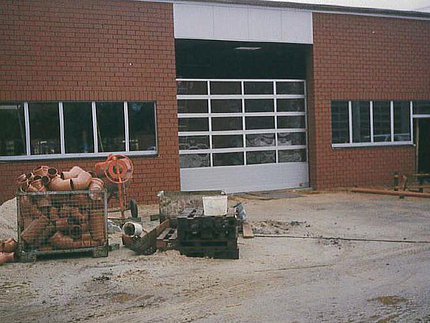 Bücker + Essing expands its production capacities to include a washing and a storage hall. 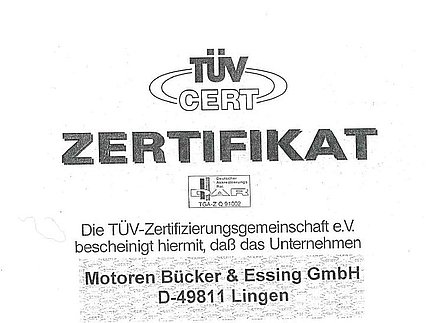 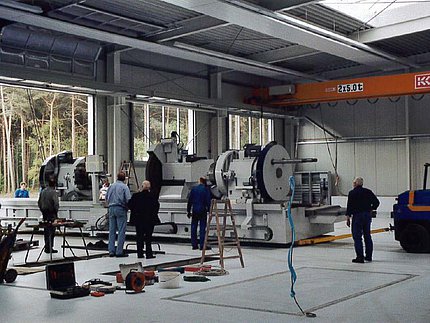 The in-house mechanical processing is not just one of the company’s core competences in engine overhauling, it is increasingly in demand as a service for external industrial customers. To further develop the repair of engines, machines and system components,  Bücker + Essing creates the space it needs for the mechanical processing by expanding the hall. 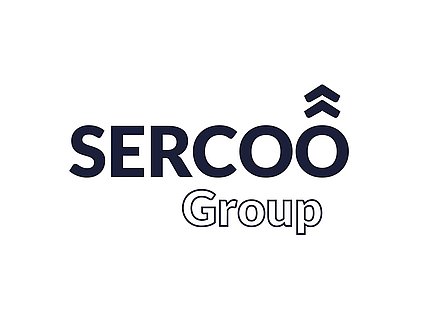 Bücker + Essing joins the SERCOO Group. This represents an important developmental step for the company and paves the way for further growth and innovation. With its 300-strong workforce distributed among six companies, the group has a broad service portfolio for the repair and maintenance of system and engines, repowering of biogas systems and cogeneration units, and the delivery and repair of turbochargers. Thanks to the extensive performance range, Bücker + Essing can offer its customers more service from one source.

Parallel to the steady expansion of the mechanical processing, Bücker + Essing enters a new market segment in 2016: servicing rotating equipment. Refineries, power plants and industrial companies rely on the repair, overhauling and maintenance solutions of this Lingen-based company for all rotating system parts – be it engines, compressors, turbines or pumps and generators. 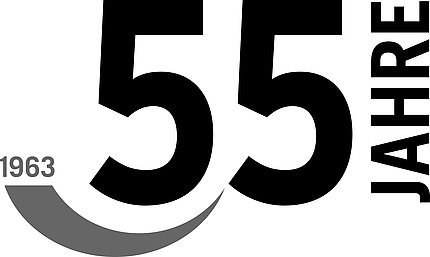